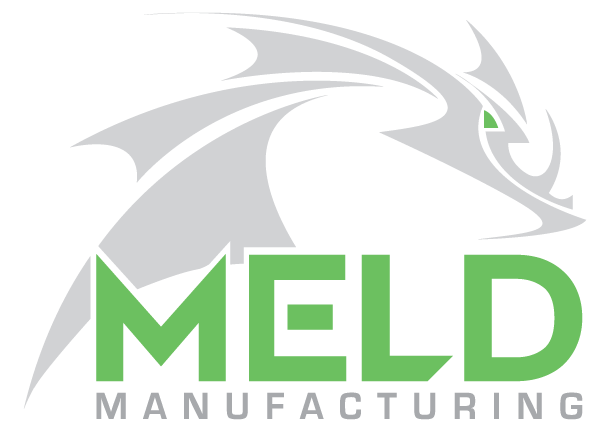 A collaboration of MELD™ Manufacturing Corporation, The University of Alabama, and Army Research Lab (ARL) has been awarded funding by the Strategic Environmental Research and Development Program (SERDP). The grant will support basic research into the implementation of MELD™ technology as a method for recycling battlefield scrap metal for repairs and manufacturing in combat theater. SERDP, a Department of Defense program created in partnership with the Department of Energy and Environmental Protection Agency, pursues technologies that lower costs and environmental risks while maintaining military readiness.

“The capacity to take battlefield scrap and use it at a forward operating base for repairs and other manufacturing processes would be a significant time and cost-saving ability,” noted MELD™ Manufacturing Corporation CEO Nanci Hardwick. “MELD™ machines are uniquely capable in this area as they can deposit from multiple types of feedstock and require no special chambers or vacuums for operation. Other processes often require very specific characteristics for their feedstock that aren’t necessary with MELD™.”

The research was proposed in response to the Army’s published search for methods of manufacturing at the point of need. Throughout the project, MELD™ Manufacturing Corporation will create samples from scrap provided by ARL before sending them to The University of Alabama and back to ARL for analysis.

MELD™ Manufacturing announced earlier this month that it was selected for Phase I of the US Army’s xTechSearch for its proposal to create strong, light-weight materials for combat vehicles. While both projects will explore military applications for MELD™, the SERDP project will research the fundamental characteristics of MELD™ deposits made from feedstock created from scrap while the xTechSearch-funded project would be a demonstration of fieldable equipment to take a waste stream or indigenous materials as raw MELD material.

“It’s exciting to be taking part in both the XTechSearch and this SERDP project,” continued Hardwick. “We’re proud of our technology and are eager to continue showing the world more ways that MELD™ can save time and money while reducing environmental impact.”